Our work is made possible by a proficient team of animal health technologists (analogous to RNs), care coordinators, hospital managers, and animal caretakers, who work specifically with cats because we love them. 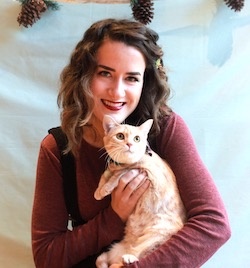 Alyssa grew up with cats as well as many other pets, and currently has two adorable kitties of her own. She has always had a loyal devotion to animals, but has developed a special love for cats over the years. She began her veterinary experience working at an animal emergency center and also has years of experience in the pet food and wellness industry. She cat sits as often as she can, and began working with Feline Hyperthyroid Treatment Center for the opportunity to work alongside a wonderful team and fine tune her feline husbandry skills. She dedicates herself to providing tender loving care to every cat who stays in our facility, especially the notably “spicy” cats, and never misses an opportunity to gain a new feline friend. 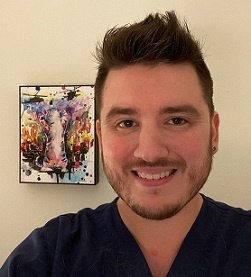 Dorian was raised with a semi-feral cat, who he spent his first eighteen years of life befriending. During this time he developed an affinity for more sensitive kitties, and an appreciation for their complexity and special needs. In early 2020 he brought this passion for feline husbandry and an interest in veterinary medicine to the Feline Hyperthyroid Treatment Center, and has loved every minute since! He enjoys tabletop games, fantasy novels and spending time with his partner and their three cats. 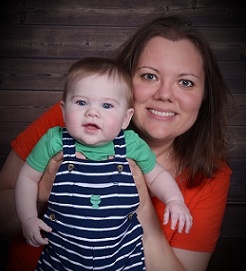 Miranda has been with us since early 2014. She grew up in Vancouver, WA and joined the U.S. Air Force after high school. After the military, she worked as a community service coordinator and animal care technician at a local animal shelter. She realized her passion for education and feline medicine working in cat examinations, and instructing groups of young community service volunteers. In 2008, she obtained an associate’s degree in Veterinary Technology and officially became a Licensed Veterinary Technician. After college, she began working for a day practice, and eventually made the switch to an emergency veterinary hospital, where she stayed for the next 6 years. During that time, both of her cats were diagnosed with hyperthyroidism and were successfully treated at our Tacoma facility. Having a personal interest in feline hyperthyroidism and a special fondness for senior cats, we are happy to have Miranda leading our Tacoma team.

Hello! Just wanted to let you know Rio Blanco is doing great! As soon as we got home he started emptying the bowls of food! I haven't even opened the anti-nausea or the... read more

Princess started losing weight and after checking with the vet she was confirmed as being Hyperthyroid. After Approximately 13 months of of a paste-like med applied to the ears, switching from left to right... read more

Dr. Vaughan; Kathy; Miranda; and anyone who was involved in treating and caring for Tigger. Just wanted you to see the life Tigger is leading because of your excellent care on this upcoming anniversary... read more

Ripley (kitty) and I just wanted to thank Dr Vaughan and the whole staff for your great service and care. You were all great to work with, and communicated well with us! Ripley left... read more